teaching my cat how to whisper

For those of you who missed it: 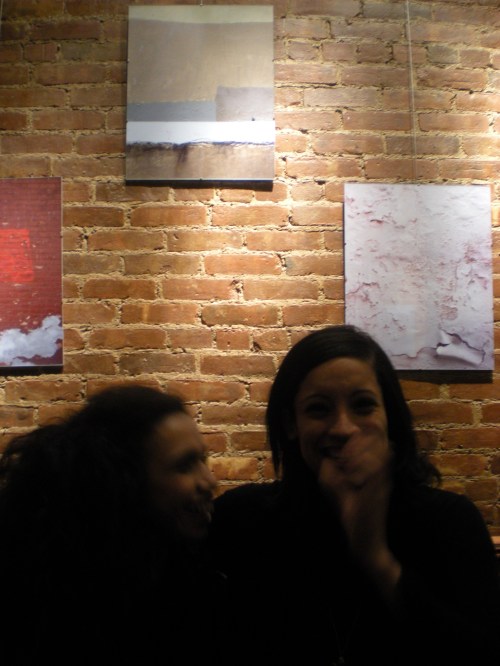 I fucking love her. (Pardon my French, but there really is no other way to put it!) After the show, a bunch of us went to The Warehouse for the afterparty (Terry’s favorite word, btw haha).

Last week, I headed uptown to see Sandeep’s performance. It was pretty intense. There wasn’t a sound in the entire room. 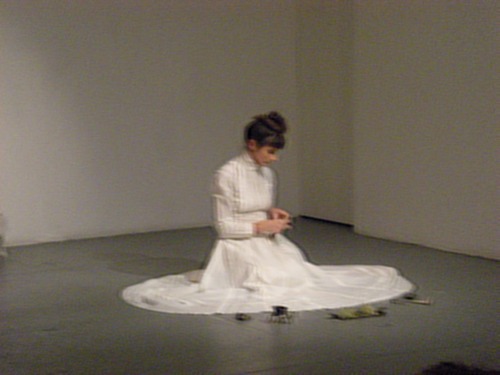 “Sandeep Bhuller’s performance is a manifestation of the historical repression of birth control– a private ritual, an act of self-assertion, aggrandized and made public. For the duration of the performance Sandeep will manufacture pills of crushed Queen Anne’s Lace seeds. Sandeep trusts nature, once removed, to quell her own nature, behind a character who represents the historical female, taking steps through labor and production to assert her gender autonomy. Sandeep employs aestheticized labor and production to represent the transformation of the body from reproductive organism to chemically controlled vessel. “ – GalleryMC

I really enjoyed it =) After the show, Mandy and I got some coffee and decided to check out “The Tree” haha 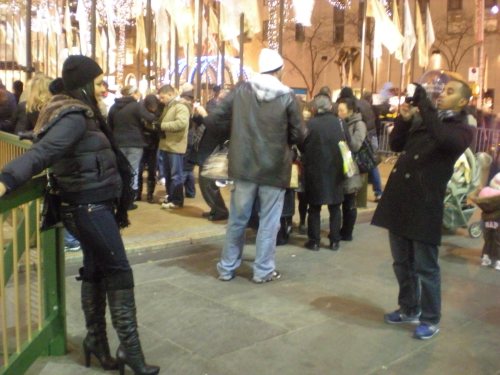 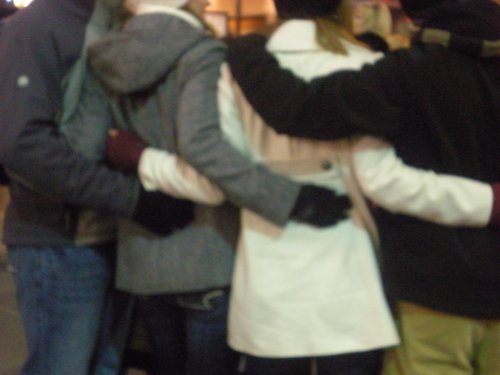 Usually, I’m really annoyed at the tourists. This time, it wasn’t annoying at all – maybe it was the “Christmas spirit” haha who knows… 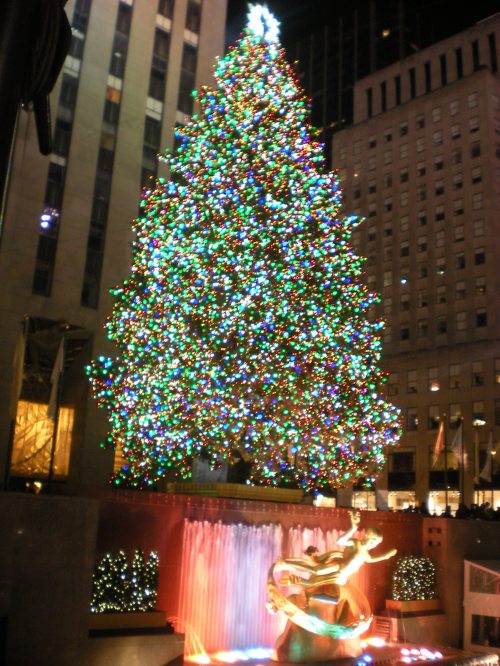 I headed downtown to get Terry and meet Sandeep for the afterparty, but by the time we got there – it was pretty much over =/ 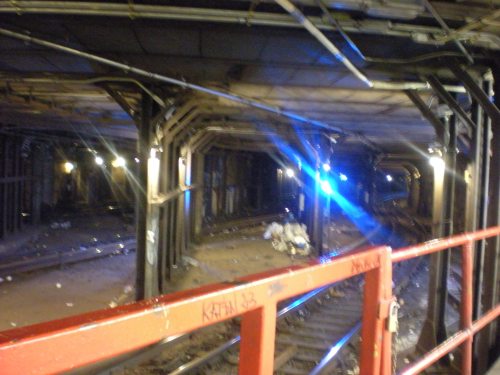 This weekend, a bunch of us bad kids got together and went to the museum. We wanted to see Tim Burton’s exhibit, but it was sold out 😦 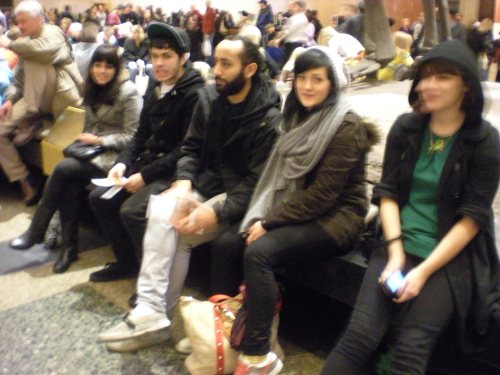 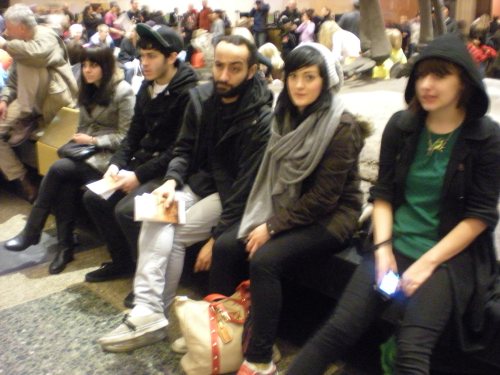 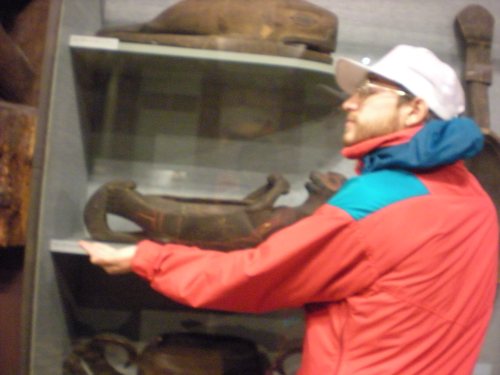 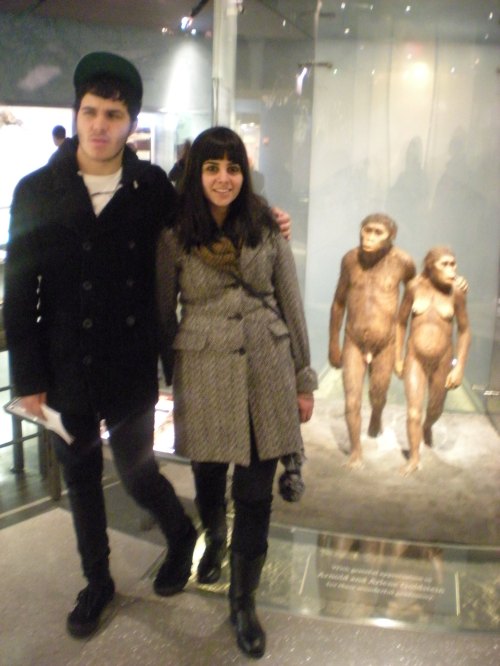 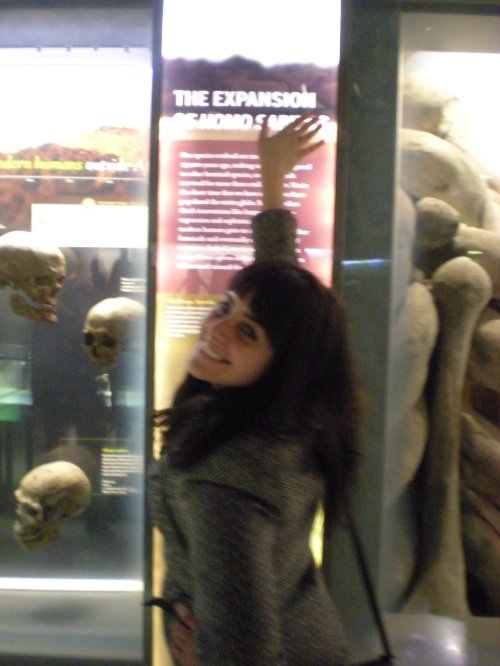 “Want to see me do something really mature?” Hahaha yea she’s covering SAPIEN. It’s tough taking photos when ya have no flash! =/

Terry really liked all the minerals.

…Slash would’ve loved it. I enjoyed “The Pokemon Workshop”: 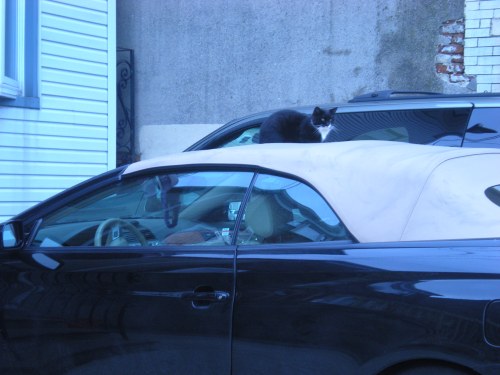 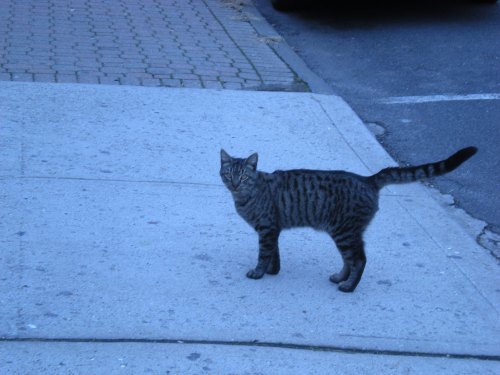 Don’t forget to RSVP for this art show I’m in! It’s going to be a really fun Christmas party/Charity event/Group show! Come have some fun!!!

I’m going to finish watching this episode of The Cosby Show and go to sleep. Goodnight =)